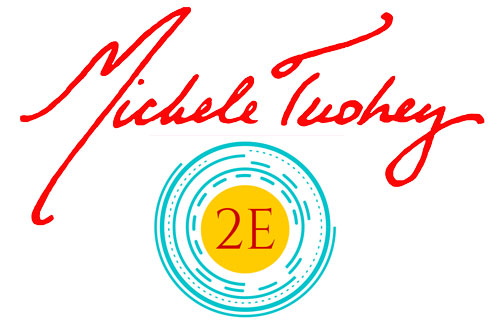 We were disturbed to hear belatedly about the removal of Michele Tuohey’s painting, “Butterfly,” from a curated show of Cuban-American art sponsored by the Department of Agriculture during the State Fair in Springfield, IL in August 2000. The decision to remove the painting from the show was made by Joe Hampton, Department of Agriculture Director. The problem, according to a statement made by John Herath, spokesman for the Department of Agriculture, was the red umbilical cord running between the legs of one of the figures in the painting to a fetus behind her. That element, said Mr. Herath, would make it hard for parents to “face questions that the painting might bring up for their children.” Less specifically, the decision to remove the painting was justified on the grounds that it was in “bad taste for the fair” – a justification you, as governor, accepted as valid and quoted to the press.

According to the artist, the painting symbolizes her transition into motherhood and rebirth as a mother. Whether this message comes through for the average viewer or not, the general subject matter of the painting – motherhood – is both clear and a familiar one in the history of art. And motherhood is hardly something that parents wouldn’t be prepared to face questions about. Moreover, Ms. Tuohey did propose to write an explanation of the symbolic meaning of the work, which would have certainly helped the audience understand her intent. It is troubling that state officials took it upon themselves to judge the tastefulness of a work selected through a professional curatorial process. It is even more disturbing that in applying a subjective and vague criterion the work was made inaccessible not only to children, but to adults as well.

Commissioned in honor of your official trip to Cuba, and featuring artists of Cuban descent, the show emphasized precisely the freedom of expression artists in the U.S. have in contrast to the ideological repressions exercised by the Cuban government. Free artistic expression does, indeed, play a vital role in a democratic society. And as the United States Supreme Court has affirmed, finding something not to one’s taste is not a basis for suppressing it: “under our system of government there is an accommodation for the widest varieties of tastes and ideas. What is good literature, what has educational value, what is refined public information, what is good art, varies with individuals as it does from one generation to another” (Hannegan v. Esquire, 327 U.S. at 157 [1946]).

Randomly applying the vague and subjective standard of appropriateness to work that clearly constitutes protected speech raises serious constitutional concerns. We urge you to find an alternative space to show Ms. Tuohey’s work so that both her and her audiences’ First Amendment rights are vindicated: one possibility would be, for instance, the Illinois Art Gallery in Chicago. We insist you take additional action to preclude arbitrary decisions by state officials to suppress work that they do not like: we suggest you develop a statement regarding the exhibition of art in designated public spaces, which recognizes artistic freedom and curatorial discretion. We believe your commitment to developing such a statement would demonstrate your support of creative work, as well as represent a minimal compensation for the constitutional injury done to Ms. Tuohey when her painting was pulled from the exhibit and her offer to work with state officials and provide alternative responses to their concerns was totally disregarded.

We are looking forward to your response.